Cinema can be used to build a more socially conscious future generation, says Director of FUNN

As a leading cultural hub, the Emirate of Sharjah annually hosts a series of events that aim to develop creativity and the artistic talent of children and the youth.

Speaking to the Emirates News Agency (WAM), Jawaher Abdullah Al Qasimi, Director of FUNN foundation and SIFF, said that the festival, which is a project of FUNN (Sharjah Media Arts for Youth and Children) – an organisation established by the Sharjah government to promote and support the Media Arts (animation, film making, graphic design etc.) for young children and the youth of Sharjah and UAE – seeks to nurture a future generation of artists and filmakers and support local talent by also linking them with other youth talent around the world, where they can exchange experiences and expertise in the field of media art and filmmaking.

SIFF decsribes itself as a festival dedicated to enhancing the media literacy of children and youth, foster creativity in children and the youth, and showcase the very best in filmmaking for, by and about children and young people.

Al Qasimi also said that cinema has an impact on building a future generation that is more socially conscious with strong human values. She added, “We believe that cinema is not a luxury, but rather one of the most influential forms of creativity… and plays a role in fostering a generation that is committed to the values ​​of humanity and is concious of its duty towards people all around the world.”

“That is why FUNN”, she added, “continues its endeavors towards developing artistic aptitude through the thoughtful selection of the cinematic products showcased at the festival.”

“The active artistic environment helped the regularity and success of the Sharjah International Film Festival for Children and Youth, as well as the continuous development of its edition in terms of the quality of films and their intended goals,” she noted.

Al Qasimi pointed out that the great interest that Sharjah grants to cinema is “part of its goals to support Arab cinematic production that takes into account aesthetic values and joins the latest technologies in the film industry by exchanging experiences from other festivals.”

She went on to say that the foundation is keen on the educational dimension in its programmes as a mean of promoting and supporting filmmaking, photography, graphic design and animation created by talented children.

She noted that the foundation through its “Junior Juror” programme, educates participants by giving them a chance to evaluate movies and play an active role in playing jury over the films presented at the festival.

Al Qasimi added that the coronavirus pandemic has encouraged the use of various artistic mediums to restore hope through inspiring performances during these difficult times after a year of closures and exceptional challenges; noting that arrangements are at last underway for SIFF after the festival’s 8th edition was postponed until October 2021. 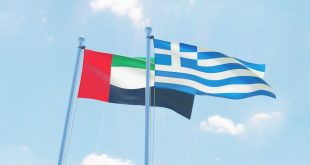