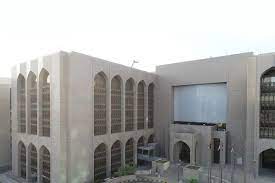 Under the directives of H.H. Sheikh Mansour bin Zayed Al Nahyan, Deputy Prime Minister and Minister of Presidential Affairs, Chairman of the Board of Directors of the Central Bank of the UAE, the Central Bank has issued a commemorative silver coin on the occasion of the “Fiftieth Year” bearing the name of the Ministry of Presidential Affairs, with a value of 500 dirhams.

The issuance of the commemorative coin comes as part of the Golden Jubilee celebrations of the United Arab Emirates. It embodies the Ministry of Presidential Affairs’ alignment with the country’s pioneering achievements and initiatives under the directives of the wise leadership, and its constant quest to build a prosperous economy that delivers the highest levels of prosperity and well-being for all residents of the UAE.

The new coin weighs 250 grams. The front side bears an image of Qasr Al Watan, surrounded by the years 1971 – 2021, the name of the Ministry of Presidential Affairs in Arabic and English, and the state emblem. The reverse side includes the UAE’s fiftieth year logo and the nominal value of 500 dirhams, surrounded by the name of the Central Bank of the UAE in Arabic and English. The commemorative coin will not be available for sale at the Central Bank headquarters and its branches. 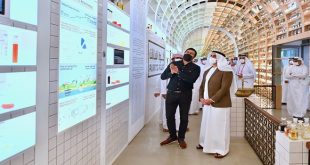