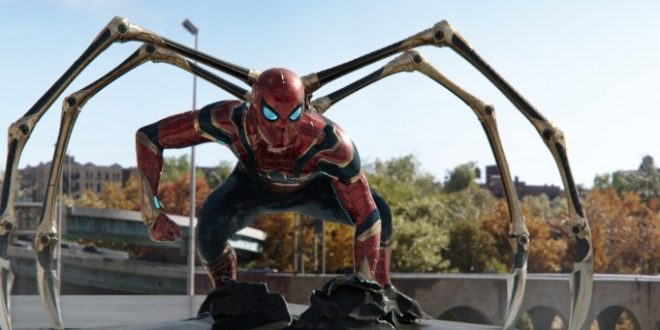 The new Spider-Man: No Way Home trailer has finally arrived.

There is only one month to go until Tom Holland’s web-slinger returns for his third standalone film, which will filled with surprise appearances from characters from previous non-MCU Spider-Man films.

The trailer was unveiled in the early hours of Wednesday 17 November) in the UK,

It’s known that previous villains, including Green Goblin (Willem Dafoe), Doctor Octopus (Alfred Molina) and Jamie Foxx’s Electro, will all appear thanks to the introduction of the multiverse.

Elsewhere, one shot in the trailer has spawned theories that a character we know and love will turn against Peter Parker in the new film.

The multiverse is a series of alternate worlds featuring characters from Tobey Maguire and Andrew Garfield’s Spider-Man films, which were not released as part of the Marvel Cinematic Universe (MCU).

Many are theorising that Maguire and Garfield will return in some capacity, despite the pair constantly denying rumours they filmed appearances last year. They do not appear in the new trailer.

Holland recently called a particular sequence from the film “one of the coolest scenes I’ve ever shot”.

He said: “It’s four people sitting at a table, having a conversation about what it’s like to be a superhero, and it was amazing. The other day we watched the scene, my brother and I, and our jaws were on the floor.”

Spider-Man: No Way Home will be released in the UK on 15 December – two days earlier than the US.