Meet the new ministers of the UAE federal government

Sheikh Maktoum bin Mohammed bin Rashid Al Maktoum is the Deputy Ruler of Dubai, the First Deputy Chairman of The Dubai Executive Council and the Chairman of the Ruler’s Court of Dubai.

Sheikh Maktoum holds a number of leadership positions in Dubai, with responsibilities focused on boosting government performance and promoting the emirate’s economic sector.

He chairs the Board of the Dubai Judicial Council, the Board of DIFC –Dubai International Financial Centre, the Supreme Legislation Committee in Dubai and the Strategic Affairs Council of the Dubai Executive Council.
Sheikh Maktoum holds a bachelor’s degree in Business Administration from the American University in Dubai. He undertook a number of professional development opportunities at Harvard University in the US, as well as the Mohammed bin Rashid School of Government in the UAE.

Mohammed bin Hadi Ahmed Abdullah Al Husseini is an experienced banker with an extensive track record in finance and investment. He serves on the board of directors of the Emirates Investment Authority, and the Investment Corporation of Dubai as well as the Emirates Integrated Telecommunications Company PJSC (du) and Emirates NBD. Al Husseini, born in 1976, holds a bachelor and master’s degree in international business from Switzerland.

Dr Abdurahman bin Abudul Mannan Al Awar is an experienced executive in both the public and private sectors.He started his business career at Emirates Global Aluminium, going on to work with Dubai Oil. He also held senior management roles at Mubadala Investment, Dolphin Energy Limited and HSBC.He was appointed director general of the Federal Authority for Government Human Resources in 2009, and sits on the board of ENOC, the Emirates National Oil Company, the Supreme Council of the National Defense College, the University of Dubai, and is a member of the Higher Colleges of Technology board of trustees. Al Awar received his PhD from Colorado School of Mines in the United States. He was born on October 21, 1968.

Abdullah bin Sultan bin Awad Al Nuaimi is an economist specializing in financial management and security. He started his career with ADNOC, the Abu Dhabi National Oil Company, going on to serve as an economist with the Supreme Council for National Security, going on to become director of economic affairs at the Council. Al Nuaimi sits on the Board of Directors of the UAE Competitiveness Council and serves in a number of strategic government committees, including the National Committee for Combating Money Laundering and the Financing of Terrorism and Illegal Organisations, the Strategic Impact Economic Activities Committee, the Supreme Committee for Foreign Aid and latterly the National COVID-19 Crisis Recovery Management and Governance Committee. Al Nuaimi holds a master’s and bachelor’s degree from Boston University (BU) in the United States. He was born in Al Ain on January 1, 1976.

Her Excellency Mariam bint Mohammed Saeed Hareb Almheiri was appointed as Minister of State for Food and Water Security as part of the reformation of the UAE Cabinet announced in July 2020. Almheiri is responsible for monitoring national food stocks, investing in food technology, and following up international relations in this area.

Previously, Almheiri was appointed as Minister of State for Food Security following the Cabinet reshuffle of October 2017. Her responsibilities included overseeing the development of the necessary infrastructure that would ensure the country’s food security objectives, in line with UAE Centennial 2071 Plan.Almheiri is currently representing the UAE in the Food and Agriculture Organisation of the United Nations (FAO) as well as the International Center for Biosaline Agriculture (ICBA). She is a member of the Board of Directors in the Abu Dhabi Agriculture and Food Safety Authority (ADAFSA) and a member of the Board of Trustees of the Khalifa International Award for Date Palm and Agricultural, the Dubai Future Foundation (DFF) and the World Economic Forum’s Global Future Council on Food Systems Innovation. H.E. Mariam Almheiri received her bachelor and master’s degrees in Mechanical Engineering from the Rheinisch-Westfälische Technische Hochschule (RWTH) in Aachen, Germany.

Staff Major General Abdullah Muhair Al Ketbi served as Commander of Support Units for the UAE Armed Forces from 2012 to 2021, having enjoyed a long military career with the UAE Army. Al Ketbi has served as the Director of the Office of the Crown Prince of Abu Dhabi and was previously Director of the Ruler’s Representative Office in the Al Dhafra Region of Abu Dhabi. An active participant in a number of international forums, he has also been a prominent member of many preparatory and organizational working groups and committees in Abu Dhabi. Al Ketbi holds a master’s and bachelor’s degree in Military Sciences from Zayed II Military College and was born on June 6, 1956. 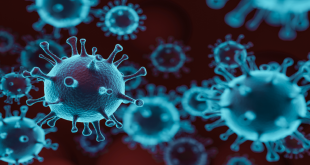