The Al Ain Criminal Court has convicted a young Emirati man of killing his father with 36 stab wounds and damaging his brother’s car as he tried to transport his father to hospital by deliberately crashing into it repeatedly.

The murderer was sentenced to death by retribution after the aggrieved parties insisted on retribution and refused a pardon.

Regarding the details of the case, according to witnesses and investigations, the perpetrator constantly asked his father for money, who sometimes gave him and sometimes refused, knowing that his son used the money to buy psychoactive substances. The accused used to beat his father whenever he refused to give him the money he needed to buy drugs. The accused is an ex-convict in a drug abuse case who was placed in a detoxification clinic.

On the day of the crime, which took place after Taraweeh prayers during the last month of Ramadan, the accused lured the victim into the courtyard of the house under the pretence of talking to him about something. As soon as the victim came within an appropriate distance, the accused stabbed him 36 times with a blunt object in different parts of his body. The accused’s brother, seeing the incident from the balcony of his room, rushed down to the hall of the house, placed his father in his car and tried to take him to the hospital. However, the accused, in his own vehicle, hurriedly blocked his brother’s way and crashed his car against his brother’s vehicle several times to the point of making it inoperable.

The second brother who was outside the house alerted the police after hearing his father shouting while talking to him on his mobile phone, and knew that he was going to talk to his brother, the accused, in the courtyard of the house and that the latter used to beat him. In turn, the victim’s brother also ran to rescue his brother and took him to the hospital, but he was already dead.

The Family Prosecution in Al Ain had referred the accused to the criminal court for premeditated murder. He was also accused of deliberately damaging his brother’s vehicle by hitting it with his own vehicle while he was aware of the presence of his father, the victim, inside the vehicle in order to prevent him from being rescued and to accomplish his crime. He was also accused of consuming a psychoactive substance (“Pregabalin”) without a medical prescription as required by law.

In its arraignment, the Prosecution requested that the maximum sentence be laid down against the accused, considering that the victim being the father of the accused constituted an aggravating circumstance. The defence argued that the accused committed the crime under the influence of a temporary state of insanity resulting from drug abuse, relying on the accused’s statements that he could not remember any of the facts of the crime, which was denied by the medical committee which stressed that the accused was responsible for his actions and statements at the time of the incident. With regard to the defence’s request to quash the intentional nature of the crime, the court reiterated its conviction that the crime was committed intentionally, due to the insistence of the accused to complete his crime by preventing the victim’s rescue. 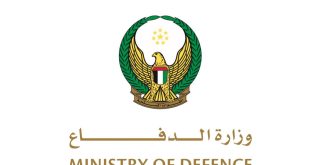