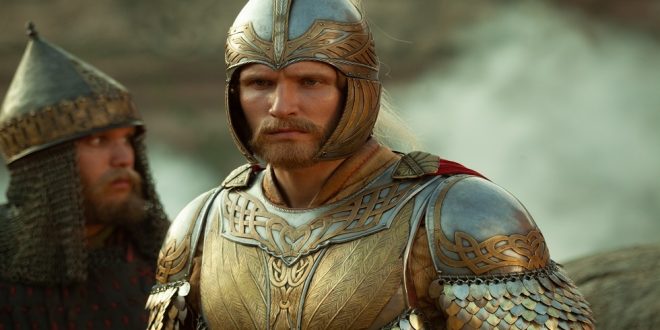 The producers of “The Last Giant, The Origin of Evil” announced that they intend to direct a third episode of the film, after the second episode topped Russian box office revenues on New Year’s holiday.

The film, directed by Dmiri Dyachenko, generated unprecedented revenues of 1.6 billion rubles on January 12, equivalent to about $ 22 million. And this despite the restrictions imposed by the Moscow government on visiting cinemas, which must not be visited by more than a third of viewers.

The director said: “We did not expect such a turnout for a movie that we considered a normal fiction, but it became clear that the viewer hated violence and wanted something light, funny, family, free of problems.”

He recalled that his new movie, which started showing since January 1, is a second episode of “The Last Giant”, whose first episode was shown in 2018 and was well received by Russian viewers as well.

As for the producer of the film, Georgy Abashidze, he said that he watched the film several times in various cinemas to ensure the positive reaction to it among the Russian viewer, which prompted him to start directing a third episode of it.

It is noteworthy that the movie “The Last Giant, The Origin of Evil” was inspired by ancient Russian myths and tales.