While the world is still catching up to 4K content, Google-owned video streaming platform YouTube has apparently started testing streaming of 8K content on its platform.

According to a report by Android Police, the version 2.12.08 of the YouTube app brings “limited support” to Android TVs running on Android 10 and above. This means that smart TVs that are running on any of the previous Android update versions will not get the support.

Recently, Google confirmed that it is adding support for artificial intelligence and machine learning algorithms that will automatically add chapters to the video, and currently, it is assumed that content creators manually add chapters in a certain timestamp to each video at the time it is uploaded, while Google confirmed that it began testing the learning algorithm The new automated artificial intelligence for YouTube that will use machine learning to identify texts in the video to automatically create video chapters.

The feature is currently being tested on a small number of randomly generated videos, and Google also gives distributors the option to unsubscribe from the trial in case their videos are affected by the automatic separation feature.

Share
Previous Martyrs are timeless symbols of patriotism: Mohamed bin Zayed
Next The young and the Restless… the longest series in history, episode number 12,000 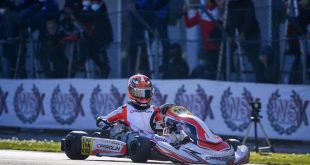