Apple has announced the launch of its 2020 MacBook Air. It’s powered by Apple’s new M1 processor. This is the first MacBook Air, and one of the first laptops, to feature Apple’s own Arm-based CPUs.

The eight-core M1 is a 5nm processor based on the A14 Bionic, the chipset that powers the iPhone 12 and iPad Air lines. Apple stated at its “One More Thing” event that the M1 contains four of the world’s fastest CPU cores, paired with four high-efficiency cores — an effort to balance performance with efficiency. It also claims that the chip offers the world’s best performance per watt of any CPU, and enables instant wake speeds.

The laptop includes a 49.9Whr battery and a 30W USB-C power adapter. Apple also claims you’ll get 15 hours of web browsing and 18 hours of video playback to a charge. It says you’ll be able to extend video calls up to twice as long (If that claim holds up, it would be an improvement from the Intel-powered MacBook Air.) There’s no fan inside, so it should run noiselessly as well.

In terms of specs, the new Air comes with a 13.3-inch 2560 x 1600 Retina display with P3 wide color gamut support and 400 nits of brightness, a backlit scissor-switch keyboard and up to 16GB of memory and 2TB of storage. It supports Wi-Fi 6, Bluetooth 5.0, and Touch ID. There are two Thunderbolt ports that support USB 4, charging, and DisplayPort, as well as a headphone jack.

The laptop comes with the same 720p camera as its predecessor (a lower resolution than modern iPhone and iPad cameras), but Apple says it’ll deliver better results thanks to the M1’s new image signal processor (ISP), which should improve noise reduction, dynamic range, auto white balance, and face detection.

The release is the first step in Apple’s transition away from Intel processors, which Apple’s computers have used since 2005. The company expects the process to take two years.

Apple claims the chips will deliver better performance and power efficiency than its Intel competitors. But the biggest advantage of Arm systems is that they’ll be able to run iOS and iPadOS apps natively on macOS. As for macOS apps: Apple has updated its own programs, such as Pages, Numbers, and Keynote, to support its silicon, as have other major companies like Microsoft and Adobe. At its June event, Apple demonstrated Lightroom and Photoshop running smoothly on its new Macs — Lightroom is slated for release next month, and Photoshop early next year. And macOS Big Sur, which the Air will run, includes an emulator called Rosetta 2 that will “translate” any apps that haven’t yet been updated for Arm at launch.

The new MacBook Air starts at $999, and $899 for education. That makes it the same price as the previous MacBook Air released in March, which started at an Intel Core i3. (That model appears to have been discontinued on Apple’s website.) It’s available November 17th, but you can order it today.

The base model includes a seven-core GPU and 256GB of storage, as well as 8GB of memory. Models with an eight-core GPU and 512GB of storage start at $1,249 (with 8GB of memory) — the maxed-out configuration with 16GB of memory and 2TB of storage is $2,049. For an extra $299.99 and $199.99 respectively, the machine can come preinstalled with Final Cut Pro X and Logic Pro X. Like its predecessor, it comes in gold, silver, and space gray. 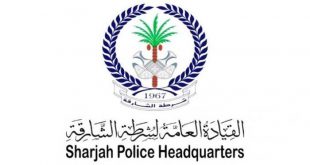 Traffic accidents in the Emirate of Sharjah, during the celebrations of the 49th UAE National …