The “Dubai Public Prosecution” has referred 3 defendants to the “criminal courts”, on the charges of stealing a wristwatch and impersonating a security officer. Where they had attacked the victim in one of the markets at night and demanded him to pay AED 1,800, the value of the traffic fines for the car which he had rented from the first defendant. The defendants threatened him and extorted the watch from his hand, claiming that one of them was a security officer. 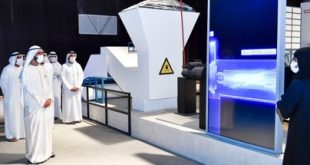 Mohammed bin Rashid: • Today we were briefed about the Dubai waste- to- energy project …