WhatsApp down reports are on the rise, with users of the hit chat app reporting issues accessing the last seen online status bar.

Independent outage monitor Down Detector has seen a huge spike in WhatsApp down reports today.

At the time of writing, Down Detector has registered a peak of almost 4,000 WhatsApp down reports.

The Down Detector outage map says the WhatsApp issues are affecting users in the UK, Europe and US.

WhatsApp users have taken to Twitter to report the issue, saying they are unable to change their last seen settings in the app’s privacy settings.

One tweeted: “Has anyone else’s ‘last seen’ on WhatsApp been automatically turned off and can’t turn it back on?!”

While another posted: “Does anyone know what’s going on with #whatsapp ? “Last seen” suddenly says nobody and I haven’t changed it.”

And one added: “Why would Whatsapp remove last seen, online and typing feature”.

It seems that the majority of WhatsApp users are still able to send and receive messages on the chat app despite this problem occurring.

The disappearance of the last seen status in WhatsApp also means the online and typing alerts also aren’t showing.

Express.co.uk has contacted WhatsApp and asked if a fix is in the works for the issue.

In other WhatsApp news, this week saw the launch of a long awaited feature for the Facebook-owned app.

WhatsApp has rolled out its highly anticipated payments feature, but it is only available currently for those in Brazil. 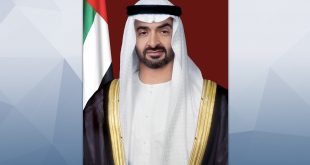