Home / News / UAE passport holders can now access 172 destinations without a prior visa, as ranking rises to 15 UAE passport holders can now access 172 destinations without a prior visa, as ranking rises to 15

The UAE is the biggest climber on the Henley Passport Index since 2009, going up five places in the past three months to become the 15th most powerful travel document in the world.

“The power of the UAE passport depicts a nation that is attempting to position itself as a prominent player in the region,” said Lorraine Charles, research associate at the University of Cambridge’s Centre for Business Research.

Japan and Singapore have retained their title as the most powerful passports in the world, each with a visa-free or visa-on-arrival score of 190 out of a maximum 227.

For most of the index’s 14-year history – which is based on exclusive data from the International Air Transport Association – the top spot has been held by a European country or by the US. This shifted dramatically last year when Asian countries became “firmly established as world leaders when it comes to both global economic activity and global mobility” the study found.

With visa-free or visa-on-arrival scores of 188, Finland, Germany and South Korea remain in second place on the ranking, while Denmark, Italy and Luxembourg are in third place, with citizens of those countries now able to access 187 destinations worldwide without requiring a visa in advance.

The UK and US remain in joint sixth place – the lowest position either country has held since 2010 and a significant drop from their first-place ranking in 2014.

Ms Charles said: “While the UAE may not be able to compete with Saudi Arabia – the regional hegemon – in terms of military strength and economic power, the projection of its soft power has become uncontested in the Gulf Co-operation Council, making the UAE an embodiment of inspiration for other GCC countries.”

The UAE’s position on the index has been boosted by a number of new visa agreements, mainly with African countries.

“The UAE’s strategy has been particularly apparent on the African continent, allowing the country to significantly increase its influence in a region of the world that remains key to global economic development,” said Ryan Cummings, director of Signal Risk.

“Sub-Saharan Africa continues to make tentative progress in terms of improving its accessibility by easing visa restrictions, with Namibia and Sierra Leone being the most recent examples of states that have relaxed their visa policies as a means of attracting foreign investment, revenue and skill sets to augment their economic development goals.”

Syria, Iraq and Afghanistan remain at the bottom of the Henley ranking, with visa-free or visa-on-arrival scores of only 29, 27 and 25, respectively. 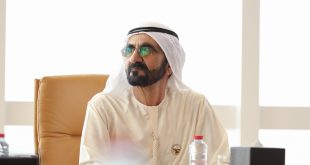