Classified as ‘Vulnerable’ by the International Union for the Conservation of Nature, IUCN, the Olive Ridley turtle is the second-smallest and most abundant of the world’s six marine turtle species.

A turtle hatchling was recently observed and photographed crawling towards the sea from the beach of the Kalba Kingfisher Retreat, in Sharjah’s East Coast enclave of Khor Kalba, an EPAA announcement said. The Kingfisher Retreat is situated in the Alqurm Protected Area, which covers 500 hectares, including a tidal lagoon, a forest of mangrove (Qurm) trees and a beach facing the Gulf of Oman.

The Alqurm Protected Area, declared as a Nature Reserve by Emiri Decree No. 27 of 2012 issued by H.H. Dr. Sheikh Sultan bin Muhammad Al Qasimi, Supreme Council Member and Ruler of Sharjah, is also home to one of the world’s rarest birds, the local sub-species of the Collared Kingfisher.

After receiving a photograph of the turtle hatchling, EPAA Chairperson Hana Saif Al Suwaidi said, the Authority sent an inspection team to search for evidence of nesting.

“The team located several tracks on the middle and upper part of the beach, leading them to conclude that multiple turtles did successfully hatch and made it to the sea.” Al Suwaidi said.

Previously, only Green and Hawksbill turtles were known to breed in the Emirates.

Welcoming the discovery, Marwan bin Jassim Al Sarkal, Executive Chairman of the Sharjah Investment and Development Authority, Shurooq, developers of the Kingfisher Retreat, commented that: ” thanks to the relentless efforts of the Environment and Protected Areas Authority, (it) reflects on Sharjah’s global status in restoring, preserving and protecting its rich natural habitat and infrastructure, further contributing to the global protection of endangered wildlife and promoting responsible environmental change.”

Shurooq, he pointed out, has been partnering with EPAA since 2009 in the development of eco-tourism projects like the Kingfisher Retreat. Such projects, he said, are “part of Shurooq’s mission and vision to harness and promote Sharjah’s rich heritage and natural histories, as well as responsible tourism experiences, allowing visitors and tourists to engage and learn about the importance of preserving and sustaining wildlife for a better environmental future.”

Growing to a length of around 61 cm (2 feet) in carapace length, the Olive Ridley turtle is found in warm and tropical waters, primarily in the Indian and Pacific Oceans, but also in the Atlantic. Studies in Mexico have shown that the species has a normal weight range of between 25 kg to 46 kg, rarely reaching over 50 kg.

Historically, the Olive Ridley turtle was subjected to heavy commercial exploitation, with one million being harvested off the coast of Mexico in 1968 alone. While conservation efforts have largely ended commercial exploitation, the total global population of annual nesting females is estimated to have fallen to around 2 million by 2004 and to around 850,000 by 2008.

Continued threats include the collection of eggs, killing of adults on nesting beaches, incidental capture in fishing gear, vessel strikes and ingestion of marine debris.

The species is best-known for its behaviour of synchronised nesting in large numbers, known as ‘arribadas’. The majority of the Indian Ocean population nests on beaches in the Odisha (Orissa) area of India. 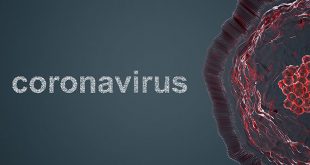 More than 11.29 million people have been reported to be infected by the novel coronavirus …